It’s nice to every now and then to dial back the fancy, and make something super simple and super yummy to keep your family fed.  This one is a long time favourite of mine, where the focus is on good quality ingredients, loaded with classical flavours.

This is a bulk recipe, but keeps and reheats fantastically well, so perfect for hungry mouths for work lunches, or a snack to keep the kids happy after school.

The name says it all. Rich, chocolaty cupcake, topped with fluffy Nutella buttercream. Whats not to like?? Another spin on a Taste favourite!

When it comes to super yummy weeknight dinners, this Caramel Pork Ramen is a standout. Packed with delicious flavour, and easy to make, even the inexperienced campaigner can create fully bellies, clean plates and happy faces (yes, we even tested our theory on this one!)

The original recipe was inspired by a recipe from Hello Fresh, with a few changes for an extra kick of flavour!

If you’re looking for high quality, Australian made organic Japanese noodles for any recipes, not just this one, we highly recommend Hakubaku Noodles

These little guys were inspired from a recipe in the Christmas Taste magazine – one of my most recommended coffee table additions for any self respecting foodie!

They make a welcome addition to any Christmas spread, be it at home, or to share at work. If you’re making these for work, be careful not to get too heavy handed with the alcohol!

My personal favourite  are the White Tim Tam variety, but they’re all wickedly good.

**Being a bit of a baking snob, I prefer to use Nestle Baking melts for this, as they give a much smoother, shiny finish to your truffles, but any quality baking chocolate is fine**

This recipe is an oldie but a goodie and anyone with a waffle maker can master this one.

Let me know what you think in the comments below, especially if you try this to treat your Mum! 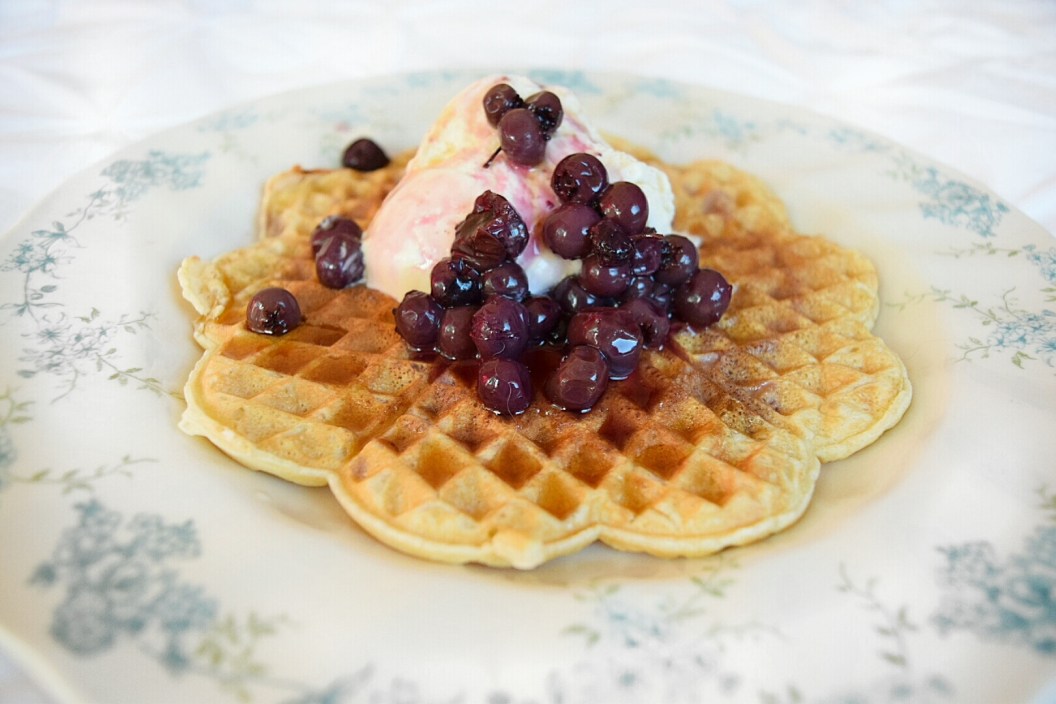 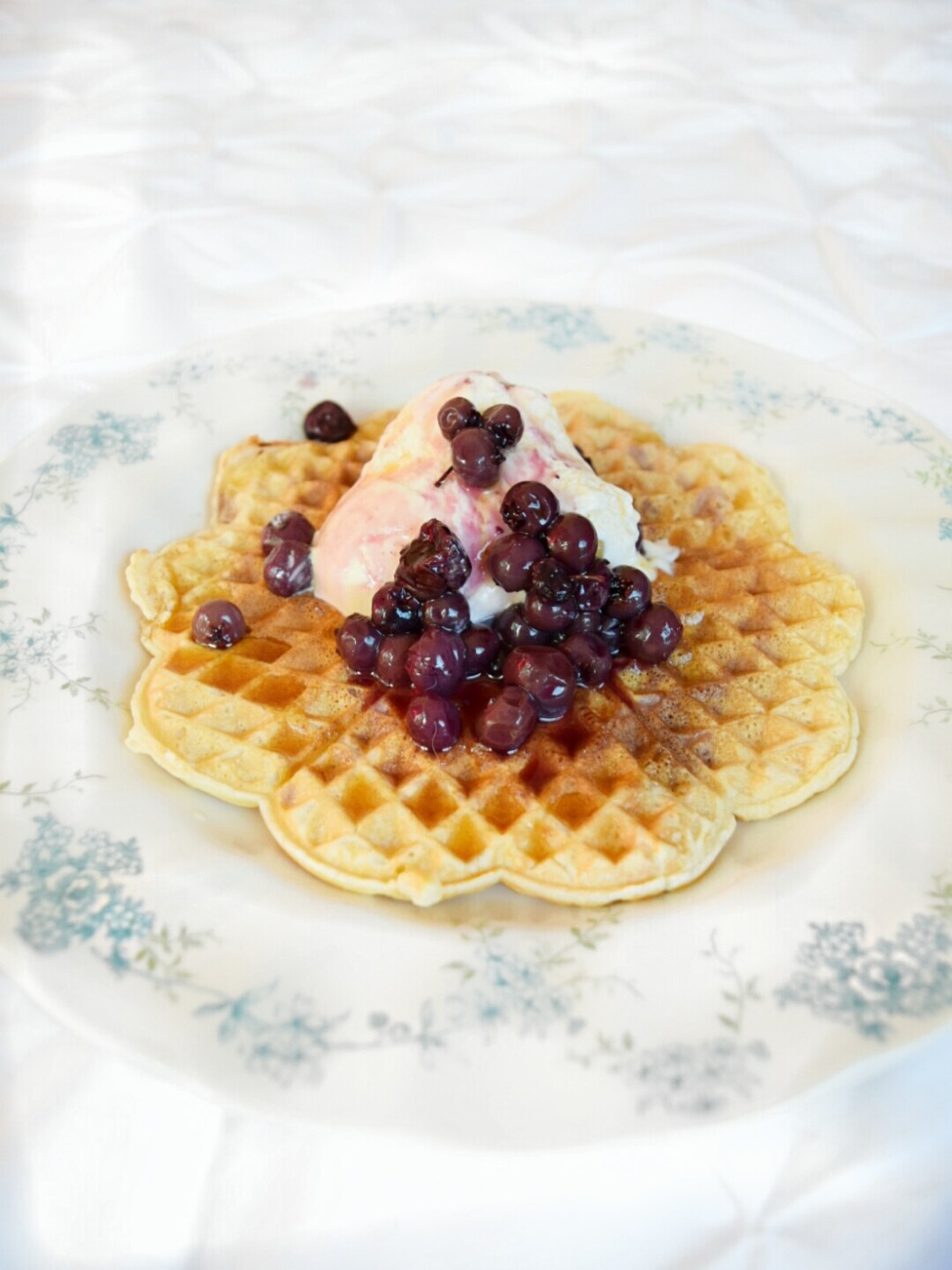 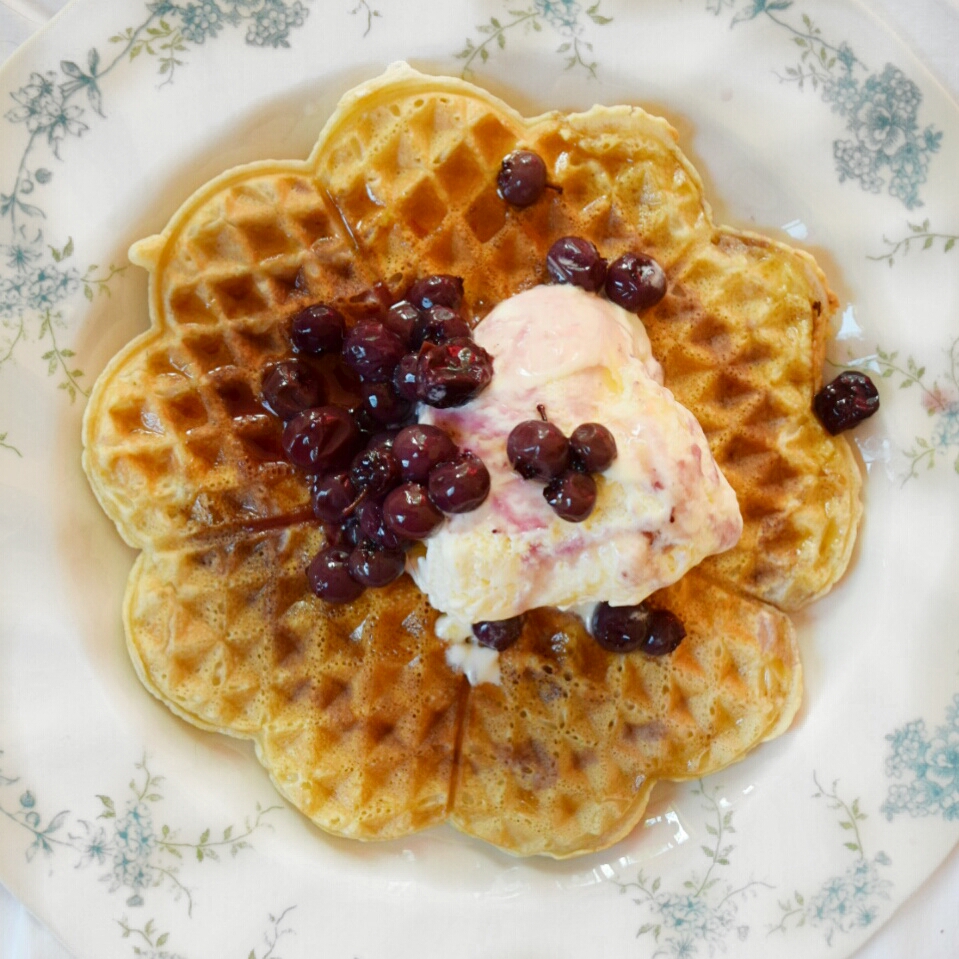 I love fresh fruit for breakfast, but sometimes depending on the time of year you just can’t get the good stuff like Cherries, Raspberries, Mangoes etc. So where the season fails me, the freezer section at the grocery store does not! I love buying frozen fruit, especially living in North Queensland where it’s always a thousand degrees hot, using frozen fruit is the best way to start the day on a cool note.

One of my favourite ways to prepare said fruit for breakfast is as a smoothie. They are quick to make and eat (which is great when you have to be at work early in the morning) and best of all they are filling. When I have more time I like to make a bit more of an effort and create smoothie bowls. This is one of my latest creations. Let me know what you think in the comments below 🙂

There is nothing quite like a yummy bowl of pasta to satisfy a hunger!

Today we are keeping it light, this time with fresh heritage tomatoes and zesty lemon basil pesto this pasta is great eaten warm or cold the next day as a pasta salad.

This colourful dish is great for a midweek dinner or a quick meal after a busy weekend.

Here in Australia it is the ANZAC day long weekend, and for us Aussies that means 3 things. First and foremost it’s an opportunity to honour our fallen soldiers and those still serving to protect our country. Secondly it’s a public holiday which is never a bad thing, and lastly it’s the perfect time of year to make ANZAC biscuits.

To me these biccies have to be soft and chewy, golden brown and super sweet, and that’s just how this recipe turns out.

To add a little bit of a twist, and to appease the chocolate fanatics out there half of this recipe was turned into chocolate chip ANZAC biccies 🙂

This weekend I have been fortunate enough to spend with my Husband and his Parents who live in a little village called Paluma which sits on the top of a mountain range. During the Second World War, Paluma was established as a major radar station, being used first by the American Army and then by the Royal Australian Air Force. Throughout the war years Paluma was used as a rehabilitation hospital site, and was also used for “jungle training” as conditions were similar to those in the South Pacific.  Timber was also cut in Paluma to aid the war effort (https://palumaeec.eq.edu.au/Aboutus/Pages/History-of-Paluma.aspx).

Left: Cottage used by Medics, still in use today

Right: Log cabin built  by the American Army around 1943 to escape the weather

Today, looking at the village only a few remnants of the war remain. Only a few igloo style radar stations, some concrete slabs, and a few of the homes still used to this day which were built back then for use as barracks. If you didn’t know any better, the peace and quiet of this beautiful place now, would trick you into thinking it was always like this.

This time each year should be a reminder to us all that we should be kind to each other and aim to keep our beautiful country as peaceful as possible. Lest we forget.

An age old classic, gooey caramel, sweet fresh banana, whipped cream and the crunch of a biscuit shell.  Banoffee is hard to beat normally, add a sneaky sprinkle of salt flakes and it goes from yummy, to amazing! 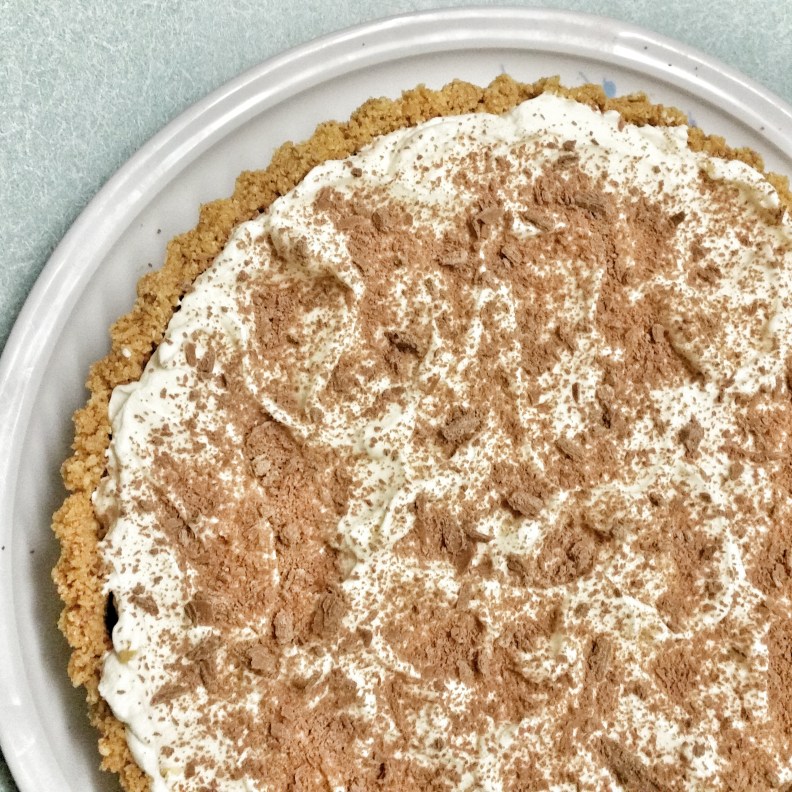 3. Place cream in bowl with icing sugar and whip until thick and soft peaks form.

If you’re not a fan of salted caramel, leave out the salt, it’s still yummy regardless 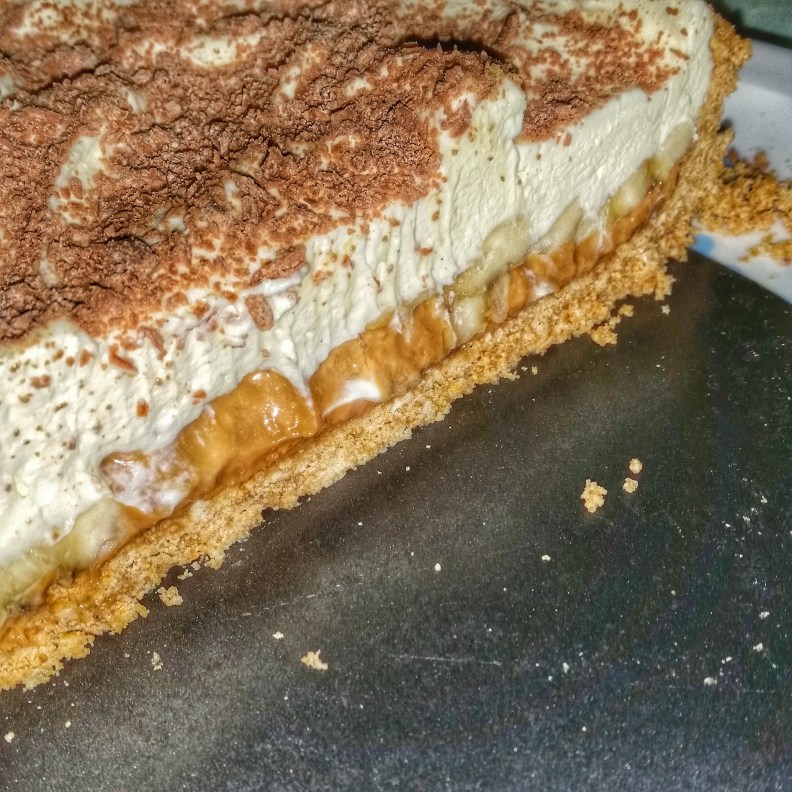 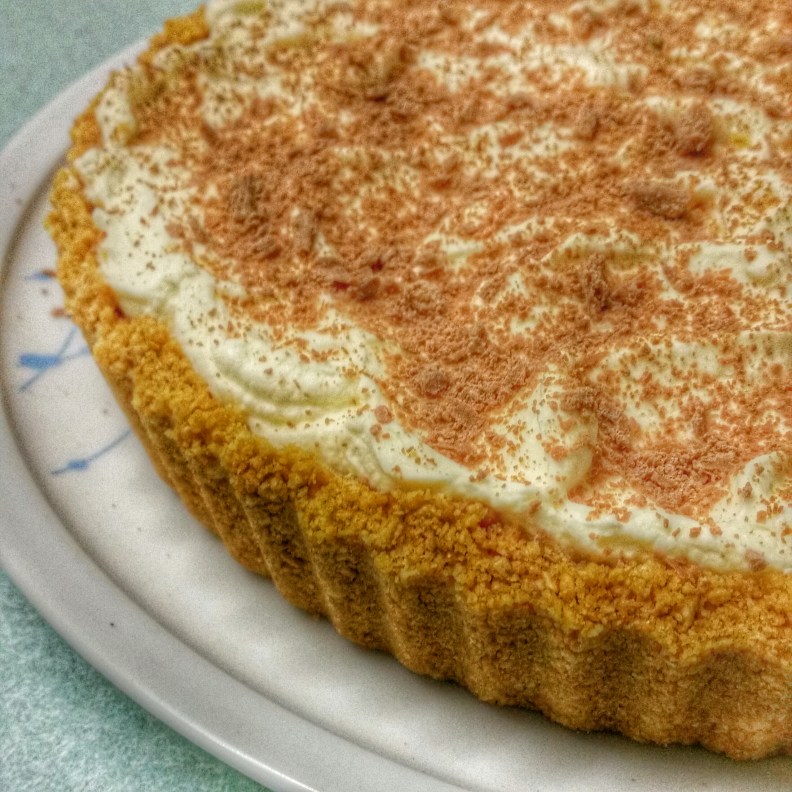 The nice thing about citrus fruits is that even when they have gone a bit soft and you wouldn’t eat them fresh out of their skin, they are still perfect for baking!

A few weekends ago one of my best friends gave me a few delicious home grown pomelos. I’d never had them before so I was pretty keen to give them a try and to find something yummy to add them into. So tonight after I had finished dinner and wanted something sweet I decided to try putting these citrusy delights to the cupcake test, and oh boy oh boy am I happy with how these turned out!

Pomelos are kinda like a grapefruit in flavour, not too sweet but also not too sour. If you wanted to you could substitute the pomelo in this recipe for your favourite fruit. The basic mixture is very versatile and would even taste great with chocolate chips thrown in. So don’t feel like you have to use pomelos, but if you have them I would recommend giving this one a try 🙂

Plus 1 additional pomelo sliced for decoration